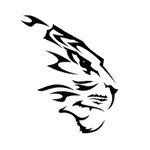 Taxi App Allowance: The End Is Coming
The competition between Didi (嘀嘀) and Kuaidi (快的), the two largest taxi hailing apps, seems to end up soon, as they now only offer a 3-yuan allowance for passengers in almost every city. Open information shows that they have already invested 1.9 billion. Some people says they immediately uninstalled the apps, while according to a survey conducted by the Social Survey Center of China Youth Daily, 47.9% of the 2211 respondents in Beijing, Shanghai Guangzhou, Shenzhen and Hangzhou say that they will continue to use the app even if the allowance is over.